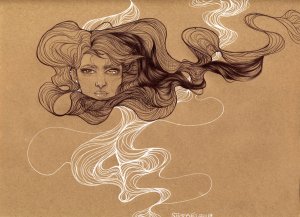 “We should have an affair”

“We should have an affair”

I read once more just to be sure.

Had this far-fetched request been submitted in person, I guess I would have said: “Excuse me, what did you say?” But since this person had just enough gall mustered up to send this proposition via text message all I did was take the request at face-value. What else could he mean. He was seeing someone. I was merely a friend. So what in the world……

I couldn’t get over this guy. The nerve. The guts. The audacity to make such a request. I confirmed it later on, face to face, just to be sure. He says again, to my face this time. “Seriously, we should.”

I would go into the background of my non-existent relationship with this man, to explain why he really shouldn’t have asked what he asked, when he asked, and to the person he asked [ie: ME!!] but it behooves me to make a larger, more important point.

Days later while having lunch with one of my C&B brothers [ and that would be my “checks & balances” friends who shoots it straight regardless of how it makes you feel–] I mention this proposal to him. He laughs. I’m sitting there with unbelief all over my face. He shakes his head. Then laughs at me again.

***I have found it very interesting to say the least, to discuss guys with other guys. I greatly encourage these conversations because you’d be surprised what you’d learn!

After the laughter dies down, he simply shrugs and shakes his head, letting me know that he doesn’t really care. To him it’s not that serious. But I egg the conversation along. I want to talk about it. “Seriously, C&B, he asked me to have an affair … now what do I look like….? I question, prodding him to comment. To say something. I need guy-feedback for this one. My C&B makes light of it. He shrugs again, then mentions: Well, this man clearly must not know you at all since he thought it was okay to ask you something like that.

I knew what my C&B friend meant. This request was almost laughable because how could any celibate woman randomly begin a strictly physical relationship. Who’d be bold enough to ask her? It just doesn’t make sense. It doesn’t match at all. My C&B friend also explains, having recently met this guy, he doesn’t really know me that well. This guy could have made the mistake of assuming I was like other women he’d met before. Maybe he was feeling me out, he says simply.

“But he should have known enough about me thus far to know better than to ask THAT”, I say all exasperated!

My offense is up because I think my C&B buddy is protecting this man somehow. Making it no big deal. My C&B buddy is eating his wings. He’s focused on his food and I’m starting to get on his nerves. I’m talking. He is barely listening. He wipes his hand on a napkin, looks me straight in the face and says: “Either that or you must be sending up HOE SIGNALS.”

My wheels are turning now.

And for those of you who don’t know: Hoe Signals are kinda like smoke signals. It’s pretty much when you are behaving in such a way that makes a guy think that he could possibly get a “yes” to this type of request. You may say you’re holy-holy, but your behavior is sending another message.

He goes back to his wings. Conversation over.

All jokes aside. Even as a friend I am physically aware of him. But as of yet, there is no there, there. And even though I’ve started paying attention more, I still see our chats and interactions as mediocre and unassuming. Maybe that was all he saw as well. To him, having an affair would possibly liven things up a bit. But why would it need livening if all we do is associate anyway? What is the expectation here? I thought we were just friends….

I often ask God to keep me spiritually disconnected from people that he doesn’t want me wasting my time on. To keep my perspective Godly and centered enough to be what He’d have me be in their lives and not fantasizing about what me as “Eve” wants to be their life.

So yeah, truth be told, I wanted him. Truth be told, I think he knows it. But I’ve purposed to see and inquire more from him. I’ve challenged myself to go beyond the flesh in everything because leading with the physical leaves you dissatisfied. It leaves you empty. I’ve been there. Done that. Got the free T-shirt too! [as my C&B says!]

So how did we get to this venture?

When did me and this guy cross the bridge from being ‘just friends’ to … whatever this was he wanted us to become?

Nevertheless, could this man be so forthcoming that he doesn’t care about who I say I am?

And even if my words were irrelevant, what information is he getting from my actions? What signals [good or bad] is he reading through my behavior, my opinions, my dress, my speech that has him thinking I’d legitimately consider his proposal-of-sorts?

Do I disregard it and move on? Or disassociate myself because when people show you their true colors, you should believe them?

I don’t know…It could be me.

Is this what I’m attracting? Is this evident of the woman people see when they look at me?

Hard pressed to think that I am walking around trying to embody what a woman of God is supposed to look like, when in essence all I’m sending out are bona fide hoe signals.