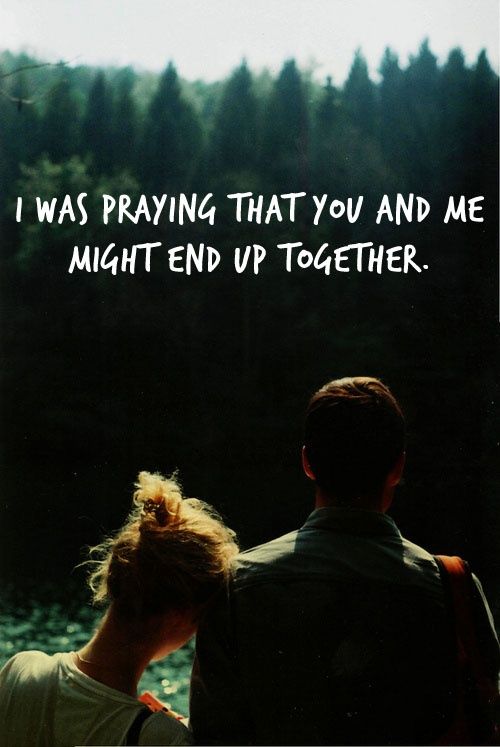 Okay, so this will be quick!!

I cannot stress how amazing it is to have the word of God to meet you right where you are. I have been struggling for awhile regarding decisions that I need to make. I wanna change my relationship status…  but….

I want to date him. I do. The problem is, he’s not saved… and as of today.. he has no interest in getting saved. He was raised in the church (as was I). His mother is a minister. He knows of Christ, has Biblical knowledge, but has not accepted salvation.

I’m being very concrete here so as to not perpetrate any falsehoods about where either one of us are standing in this situation. I know I shouldn’t consider him (since I am a woman who believes-in, a woman who has chosen,  and  a woman who desires a walk with Jesus Christ), but I do.

I just recently met him. He doesn’t pretend to be any more than he is. He’s wordly, mis-guided, and un-filtered. Yet still, I like him. I have no idea why we even met. but we did. I give him talk time. Plenty of it. So at this point, I’ve allowed myself the chance to get to know more of him than I probably should.

After numerous prayers regarding this situation, I started asking God why was he even written on my heart in such a way? Why do I even care?  It’s normally so easy for me to walk away from men who don’t “measure up”, but for some reason, him I cannot shake.

I tried to walk away from him. I did. Stopped texting, stopped calling, no Facebook messages. But I missed him dearly. And I haven’t “missed a man” in some years!! LOL! Anyway, against my better judgment I did a 180- and went back. I stopped running from him, turned around, and now “dating him” is back on the table. I’m digging him something serious. He makes me laugh. I enjoy our conversations. I already envision “us” spending time, holding hands, and me blushing… (yes, I know its lame, but hey, that’s what infatuation does!)

I’m telling myself, I can handle it. I’m telling myself just let God lead. Decrease so He can increase. Pray for him. Go slow. Its okay, you have the chance to give him all the Christ you have. This could be good. Keep praying for his salvation. God will reach him right where he is. You could give him a chance. It will be okay. Its not about your salvation, but its about his.

Then I wake up this morning with conviction on repeat in my heart. Am I willing to risk my relationship with Christ for this dude?  Yes, you’re saved, but still a babe in Christ. What can I  really show him? What if he’s stronger than I am? Being yoked with him will lead me astray instead of it bringing him to Christ. Who am I to think that I am  saved enough to date an unbeliever.

None of us are ever saved enough.

None of us ever get to maturation that says we can handle anything better than others because of our “Christianity”.

I sit up in bed. Grab my Bible and end up  in Phillipians 3. Paul is heartily, desperately trying to remind the church that they cannot feel confident in the “outward, assumed levels of their spiritual maturity”. He has to keep reminding them that being ‘religious’ means nothing without a relationship with Christ. He’s asking them: Are we getting caught up in the hype of being a church-going, Bible-toting, oil-sprinkling, scripture-highlighting, foot-stomping “Christian” on the outside , yet we have no real heart for God?

Don’t think just because you were raised in the church that you’re good.

Don’t think just because your momma or your favorite uncle is  a Pastor that you somehow are more  spiritually capable than others.

You haven’t arrived just because you are the minister of music and can sing like nobody’s business.

You aren’t the most-holy just because you have a few scriptures memorized.

Oh, okay, you were Christened as a child? You were baptized as an adult? You serve on the Usher Board? You’re a Missionary too? You did Youth Group from 5-19 years of age…oh, okay, true…. that’s whats up…

Then Paul is like: With all that being said—Do you know Jesus?

Paul himself was a “church boy”. He knew the law, grew up all in the church. and just like many PKs we know, he rebelled too. He was zealous, but was so full of mis-guided passions that he exploded in his own face.  We can all relate to the outward “religious habitual works” that have no meaning in the long-run. We do them so often that out of habit we think that the “habitual religious actions” is what engrafts us. Eventually we may be facing hidden sins. These hidden sins may grow overtime and we think if we keep ‘going to church’ that it will be okay. If our Church-life stays intact, eventually the sinning will right-itself. Nope, it doesn’t work that way. I personally recall too many YPD meetings, too often being forced to sing on the choir, too much green & white, or black & white, or blue & white while ushering as a child. As if wearing specific colors helped me love Jesus more. For me personally, none my childhood religious habits was my personal way to worship Christ (who I didn’t even know at the time),  instead it was my mother’s way to make sure I stayed involved and active in the church because  she was building and developing her own relationship. I was a “fan” Jesus.. but definitely not a follower back in those days! <<<<future post alert!! But you see, I’m in there now. I’m a HARDCORE CHRISTIAN–everything about me screams “official Jesus Freak!” LOL!

But as I read this morning Paul reminds us to “put no confidence or dependence [on what we are] in the flesh and on outward privileges and physical advantages and external appearances—“ (Phil 3:3 AMP)  Just because we’re acting like we are Christians, that doesn’t mean that we are. Sometimes on the outside we can seem to be doing everything right…even as a child Paul was trained in the way he should go, yet, when he grew up, he too still persecuted the church.

We know people that can tell you scriptures left and right. They are always referencing Biblical Stories, say “amen” and “hallelujah” right on time; can sing, shout, and be thrown in the spirit more than most… but inwardly as Paul reminds us they “ walk (live) as enemies of the cross of Christ (the Anointed One). They are doomed and their fate is eternal misery (perdition); their god is their stomach (their appetites, their sensuality) and they glory in their same, siding with earthly things and being of their party” (Phil 3:19 AMP).

I don’t want to be a hypocrite. I’m not perfect, but I don’t want to be going to church 2-3x week and laying up with my unbelieving boo-thang. **or laying up with anybody for that matter! (Saved or Un-Saved!) Not that I’m there, mind you, but I had an x-rated dream about him a few days ago which I’m sure is God’s forewarning for me that his will end badly).

I don’t want to be saying “forgive me Lord” during my morning prayers and cussing out the other drivers on the freeway. I don’t want to smile in people’s faces and talk behind their backs. I don’t want to show up to minister, and not be effective in reaching the hearts of others because of the hidden sins in my own life.

I don’t want to lose ground.

Paul reminds me that I cannot gain anything OUTWARDLY unless I get more Jesus Christ INWARDLY. I have to start with HIM. He is the detox. The only real one that works. Its like trying to mask excema  or rosacia with lotions and creams. Oftentimes, your skin can look amazing. You can be soft & supple—people can give you compliments on how beautiful you look, and how your make-up is flawless.. but without “righting”  what’s wrong internally, all you’re doing is masking a problem inside that’s is gradually getting all the worse.

Stop fronting my spirit is telling me. If you’re going to detox from wordly things, Then detox and leave it alone. Avoid the PERPETRATED HYPE. (and if I can speak freely … since this is my blogspace: THERE IS  A LOT OF HYPE WHEN IT COMES TO CHRISTIANITY!!!)

Being saved is not about what most people think it is. And there are some  “christians” who front about where they are and how they live. They cause others to “see” one thing but learn later, thats not the case at all. Its this double-life that’s causing all the confusion. There are some truths to what most people hear as far as religious habits that are good (ie: fellowshiping with other believers, tithing, discipilining, etc), but the essence, the core, the bedrock of Christianity is about Christ dying for our sins, so that we could develop a relationship with God. That’s it. All of us need it. Deep down, all of us want it too.. but some choose to reject it.

Anyway, I wrote to say that God loves me just enough to show me how NOT READY I am. He’s reminding me that I’ll never be ready or strong enough to yoke to someone not like him. It may be my desire, (however mis-guided) but that doesn’t make it the right decision. I don’t know all there is to know about the Bible. I’m no scholar at all, but  I know God wants me to be with someone who will build me up. Someone who can help lead me further to God thru Christ. God wants me closer to HIM (ref verses 10-14). I have to stay focused on Him and not worried about having someone to cuddle with, kiss on, or smile at. Its not about just having a strong hand to hold…

Paul reminds me that what little I know of GOD, I better be holding onto that! He tells the Philippians:  “Only let us hold true to what we have already attained and walk and order our lives by that” (Phil 3:16 AMP). I don’t get a pass on this one, I don’t get to date whoever I want to because in God’s eyes he’s thinking: Krystal, you know better!

I still want him.

But Lord, I hope Jesus continues to Fight for me, even when I refuse to fight for myself.