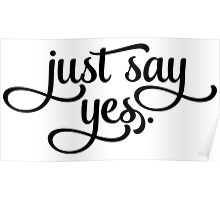 I am tired of being celibate.

There is really no other way to say it.

I was practicing celibacy for 6 years. 6 LONG YEARS. The entire time I struggled in dating because even when you meet “Christian men” for some reason the celibacy talk never goes well.

Anyway, just recently, within the past two years, I met this guy. I got caught up in my emotions and I lost my focus. My commitment waivered and I lost my celibacy too. To make a long story short: I repented, stopped consistently communicating with him, and here I am today trying to move on, trying to get back to where I need to be.

Every day I walk in the abundance of God’s grace and mercy.

The gentleman who is currently in my life is having a tough time with this discussion. And since I am recovering from a recent lapse of judgement, I’ve been adamant about ensuring we try to date the right way, GOD’s way. Though there are concessions that have already been made and because I know where it ends, I’m just no longer in the mood to keep talking about why certain things cannot happen with us. At my age, (though it may be hard to believe) I don’t want to keep learning these same lessons. No, its not about a woman being in control. No, I don’t enjoy being celibate. No, celibacy isn’t easy, but somebody has to do it!

Sometimes I have moments where I don’t want to meet the right guy.

Sometimes I just want to be married and get it over with. Dating be darned!

Is it possible to date according to God’s word?

I’m getting to the point where I’ve become cynical of couples (married couples) who say they did it right. I have a very difficult time believing the beauty of their stories about waiting until they got married because I know the sheer ugliness of my own celibacy blues.

Did you really make zero concessions while you were dating?

Did you really not pass first-base during your courtship? Is first-base even okay? It’s all detrimental when you think about it. The right kind of kiss and my mind is everywhere it has no business being.

Question: Can you really date and honor God at the same time?

At a certain age, (actually at any age) it is very difficult to tell a man why his hand or mouth can’t go certain places.

And you may laugh at how elementary this post may sound. That’s fine. But if you do find this funny clearly you aren’t trying to walk the walk that God has called me to.

The Bible tells of Abraham’s faith that was counted as righteousness. God even reminds Abraham’s son that he will be “blessed because Abraham obeyed [God’s] voice and kept [God’s] charge, [God’s] commandments, [His] statutes, and [His] laws” (Gen 26:5).

Even this morning, I flipped to Hebrews 11 and 12 and was reminded in numerous ways that my faithfulness to Him never goes un-rewarded. I already walk in blessings and favor that I cannot explain. Why risk where I am today for temporary gain? There are moments when all I want to do is say “Yes”, but my commitment to God has to overrule. Otherwise my actions are simply hypocritical. And if we’re honest many of us cannot afford such mistakes!

Abraham made mistakes and God still blessed him. But we know of examples where God didn’t show such grace. (I.e.: when Saul lost his kingdom because of disobedience; when David didn’t get the chance to build the temple of God because of his sin with Bathsheba, when Moses wasn’t able to enter into the land of Canaan, etc)

Trust me, there are plenty…

Examples of people who decided to risk it all. They had more than enough favor. They could clearly see the way God set them up with an abundant life, but they took a chance. They decided what they wanted was more important than what God commanded. The Bible is filled with people who decided to take the gamble, who leaned hard on the hand of mercy, and unfortunately they lost.

It may seem silly.

Silly of a thirty year old single woman, whose life is overwhelmingly blessed, trying to hash out the reasons why she should stay celibate.

But it’s happening. This is where I am.